A series of landslides and floods that occurred on the night of October 8, 2022, seriously affected a part of the city of Las Tejerías, in the central Venezuelan state of Aragua. As a result, at least 54 people lost their lives, 765 homes were destroyed and the infrastructure of public services, businesses and roads was severely affected.

The disaster has had the greatest impact among a series of emergencies that have occurred so far in 2022 across different regions of the national territory, especially in the states of Aragua, Zulia, Mérida, Sucre, Anzoátegui, Miranda, Lara, and Guárico.

In most cases, the affected were poor people who lost their homes, livelihoods, work tools and household goods. The disasters further pushed them into misery and hunger.

The national government blamed the incidents on “the rain”, the “model of the plantations during the colonial period in Venezuela” and “climate change”.

What do we know about these claims?

Last year, the institutions and specialists in the field of weather and climate issues began to warn that the country was expected to be under the influence of the “La Niña” phenomenon in 2022 for the third consecutive year. This situation would imply above-average rainfall and highly saturated soils for Venezuela. This should have triggered the alarms for serious risks of flooding and landslides.

Likewise, a series of extreme weather events such as tropical storms and other phenomena affected a large part of the Caribbean area and the Gulf of Mexico, including the northern region of Venezuela. The organizations that monitor these phenomena warned about their appearance and trajectories since they were detected.

There is no information on whether the Venezuelan government has used this information to act and prevent possible damage arising from these situations. On the contrary, there have been many complaints about the neglect or absence of prevention programs such as the cleaning of streams, deforestation prevention, local risk management plans and early warning systems, even in areas known to have a serious risk of disaster.

In Venezuela, in addition to the vulnerabilities generated by an occupation of the territory that has ignored and despised the environmental dynamics and characteristics, enormous social vulnerabilities have accumulated, such as poverty and the absence of effective risk management policies.

For a long time, the population in Venezuela has been occupying the territory in an inadequate or even suicidal pattern. Of course, many of the current patterns of occupation are old, but the inaction of the different governments to correct risky situations and increase the capacities of the population to act in the face of extreme events and mitigate the damage is also evident.

Is climate change to blame for any of these situations? Very likely. Recent reports from international organizations clearly indicate that Venezuela is at ​​high risk of being affected by meteorological events derived from climate change.

Despite this, Venezuela has turned a blind eye to climate change, with precarious or non-existent programs to monitor these changes. For example, the number of meteorological stations has fallen significantly in recent years; no institutions have been created for this purpose and, even worse, no national plan for adaptation to climate change has been designed, even though it has been mandated by law since 2009.

On the other hand, Venezuela is becoming more environmentally vulnerable. The country has the highest rate of deforestation of natural forests in the Amazon region; much of the mangrove forests along the coast of Venezuela are threatened, and cities are becoming increasingly unsustainable and vulnerable from an environmental point of view.

Likewise, government action in the field of ​​socio-natural disasters is reactive at best, with actions that are palliative in the best of cases and never preventive, frequently carried out under a militaristic logic. On the other hand, these actions have often been focused on emergencies that are widely covered by the media, leaving many communities to their fate.

The communities of southern Maracay did not travel to Egypt

Upon arrival, Maduro stated that his administration “(…) will insist on compliance with the agreements that have been signed in the past and on accelerating the processes so that the destructive capitalist model is replaced by a humane model, by a model that respects living conditions on the planet”, and insisted that the floods and landslides that have occurred in Venezuela are a consequence of climate change.

On the other hand, he did not speak of the fulfillment of the commitments signed by Venezuela on climate change, nor of the obligation of the Venezuelan State to act to the maximum of its resources to protect the population from the damage caused by climate change.

The communities in southern Maracay, in the central Venezuelan state of Aragua, should have also been on the news these weeks. The residents of the area live under the constant fear that the retaining wall that separates them from Lake Valencia, whose levels have been rising, could give way to the waters that could sweep them away. No one has answered their anguish. Their demands and their rights are not represented at the COP27.

What can be done?

Efforts must be redoubled so that the entire Venezuelan society understands that climate change is the most important global problem, with very serious effects, and that the possible recovery of Venezuela could be deeply hampered by this problem.

More importantly, we need to communicate that we are not necessarily doomed to experience a climate apocalypse. We can come together to mitigate the damage by safeguarding the ecosystems that protect us; by supporting climate science and the scientists who work in all areas for climate knowledge and action, by establishing adequate programs for adaptation to climate change and risk management, and, especially, by educating and opening participation to all.

At the end of this collective effort for the common good, a country will emerge in which our rights to a dignified life and a healthy and safe environment are respected. In other words, a better country. 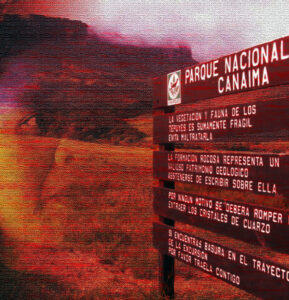 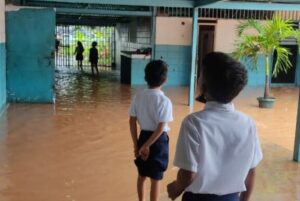